St. Joseph’s press is the first catholic printing establishment in Kerala (Malabar) started in 1846. By St Kuriakose Elias Chavara the then prior general of the CMI congregation, religious and secular books are printed here in Malayalam, Tamil, Chaldiac, and English languages. Book binding and other jobs executed here in excel these of others in Travancore and Cochin in neatness and elegance. A weekly newspaper called Nazrani Deepika having wide circulation started in 1887, is an issued out of this press. The flower of Carmel and illustrated monthly magazine, is started in 1903 is issued from this press. The flower series (Kusumam Series). A series of apologetic, Biographical, Controversial, Doctrinal, Devotional, and historic tracts, for the use of catholic and non-Catholics. Was issued from St. Josephs press. He moved ahead of his times, He sowed the seeds of self-renewal in society, which made him the “Father” of social renascence (deliberately avoiding the spelling of renaissance). Father Kuriakose Elias Chavara (180-1971) was truly a forerunner of social revolution in a previously moribund society. Plagued by poverty, overtones of casteism and a paralysing orthodoxy, the society of Kerala was stagnant and threatening to decompose, just when this priest of Christianity stepped on to the scence and took over the reins and galloped the whole social mechanism to a grand destination-the Promised Land of change and reform. Kerala thus experienced her own strength and regenerative power. It was not only the Christian sects that got a boose from father Chavaras philanthropic gestures, but the whole of intellectual Kerala. Father Chavara is primarily credited with the spread of Western education throughout Kerala including all sections of people in a society crisscrossed with caste=based inhibitions and prohibitions. He was most instrumental in the establishment of the printing press which historians call the Plantain Stem Revolution. Seeing the need of a printing press to make sacred texts of gospels available to the faithful he travelled far and wide to study the printing process. He made a dummy of the printing machine initially out of a plantain stem and then got masons and carpenters to carve out its semblance to be used as an expedient machine. And in spite of all trials and tribulations be succeeded in establishing a printing press at Mannanam, the chief monastery ground of the Carmelite Congregation that he had formed. Started initially for the publication of the gospels the press burgeoned into an all-purpose printing press. It was used finally for secular publications too. 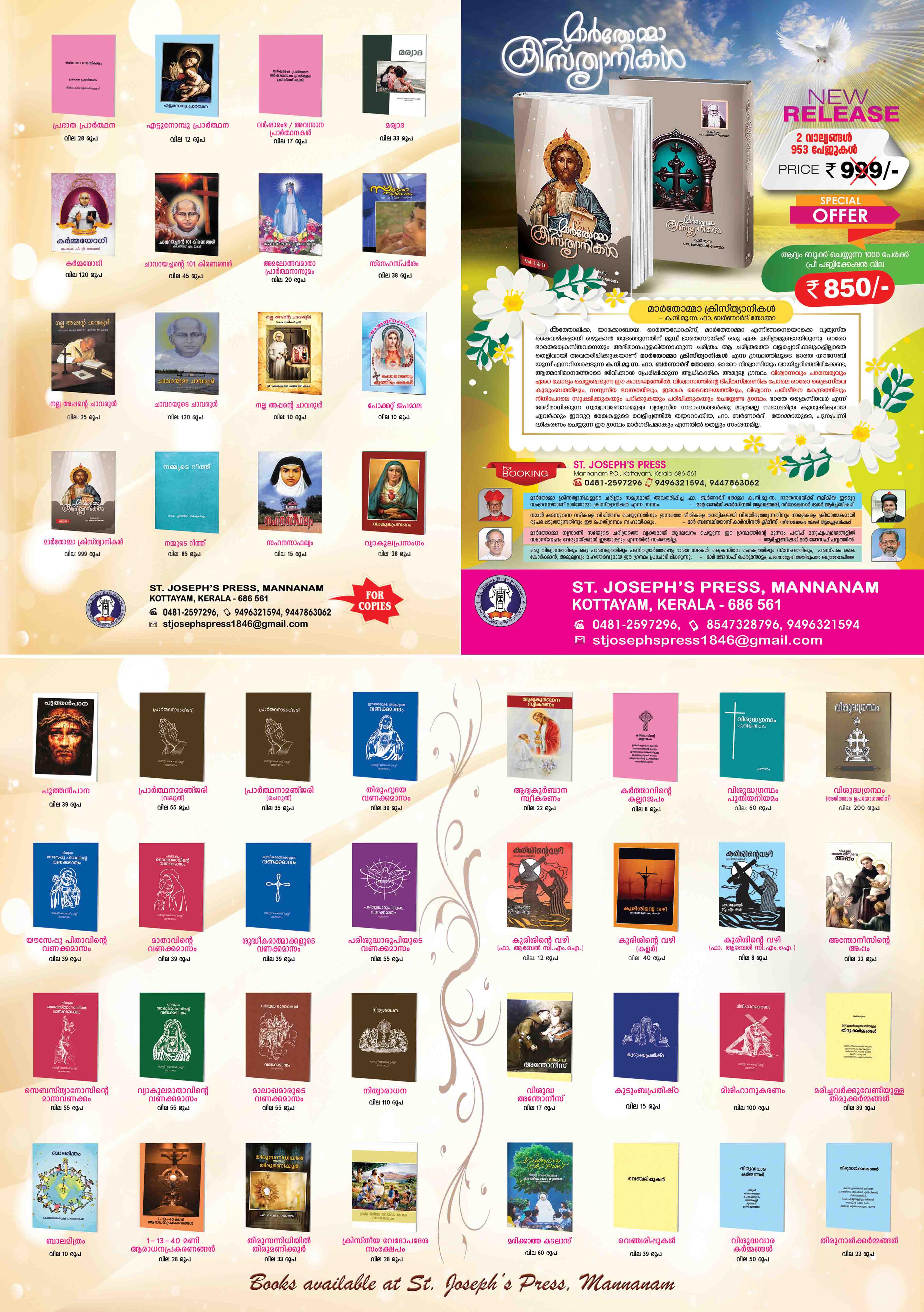 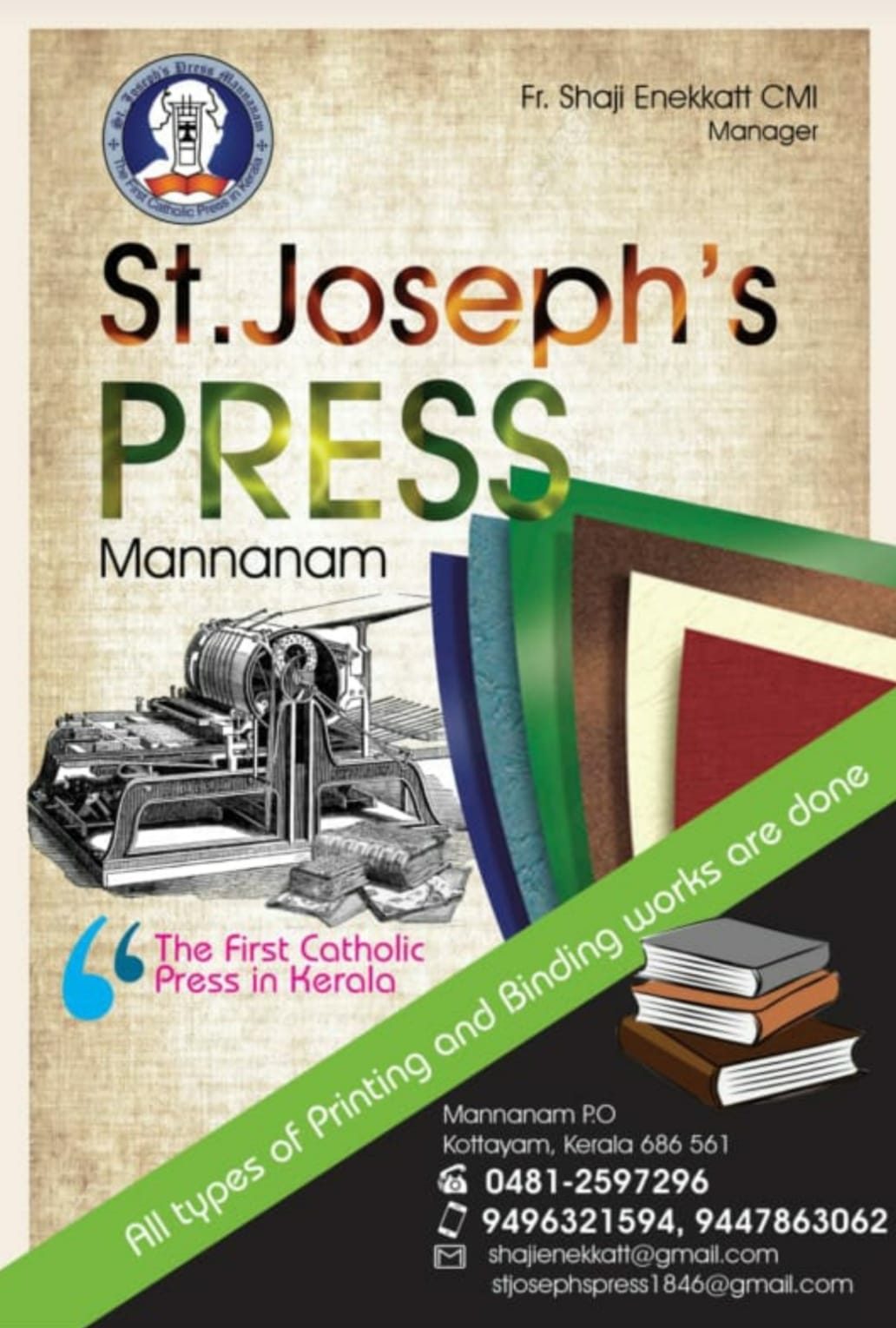